Aeldra , using cake powered flightMember Posts: 1,166 Transcendent
February 2018 edited February 2018 in Ideas
As many people have doubtlessly noticed time and time again, cloaking gems are both a blessing and a curse. A blessing as you can go about your business as you like, a curse as everyone who seeks to interact with you or any newbie really has no proper way of knowing that people are about. The cwho changes help a bit in that regard, but it still is rather obscuring as to who is about and even just trying to find people to interact with can sometimes be tedious.
I've been thinking about making a report to provide an option or change to the cloaking gem, but as this will likely affect a lot of people and also I know that people have very different opinions about it, I thought I might first start a discussion about it and gather people's opinions about it.
As a background I have heard several times from people that they would've loved to interact with me if they knew I was about but did not and alerting everyone to my presence is highly impractical. rpwho, as much as I like the idea, is also not something I feel is going to solve that problem as it's -yet another who-, let alone help other problems.
Thus, I suggest the following solutions, I'm glad for any input people are willing to give as well as for any objections. In the light of this, one could wonder if it would befit of also allowing normal who to reach across the planes like cwho does... but that's another story.
Avatar / Picture done by Xeii. Wheeeeee

Turn cloaking gems into an item that merely hides your location, but not your presence on all who's that you are on while you are outside of a manse.
26%

11 votes
Option 1, but make it a third toggle for the cloaking gem, as in toggle between full hidden, location hidden and visible.
48% 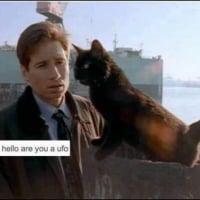