Blessings of the Hallowed 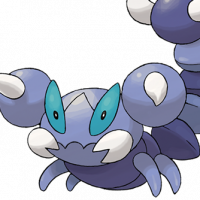 Kalaneya Member Posts: 314 Expert
March 2018 edited March 2018 in Event Scrolls
Short log, but this was all the day before Ascension and a fun example of some of the cool stuff that goes on in the Auguries. @Rancoura gave these anointed pendants right before the event with a nice prayer beforehand to the Glom spirits. You know, in case anyone was wondering why @Veyils won, I'd reckon it was 50% her and 50% awesome pendants. (jk jk Veyils, you 100%, congrats)

Delicate steps carry Rancoura to the great pool at the centre of the courtyard upon her return, a
bundle wrapped in silk held within her arms. Pausing before the edge of the pool, the Haruspex
considers a moment before laying the bundle upon one of the flat stones bordering the hazy water.
Rancoura unwraps the silk package, exposing the contents to sight -- an assortment of creature parts,
an orb of swirling shadow and a small clay jar, sealed with a square of leather. A smaller bundle bound
in suede is among the objects, and this does the Haruspex take, unwrapping it in turn.
The second bundle contains a number of small, etched wooden pendants, each roughly the size of a
golden sovereign and strung on beaded cords of leather. Rancoura casts these into the pool, the
emblems splashing lightly as they strike the water, floating idly upon its surface afterwards.
Rancoura drops 20 blessed pendants of the Hallowed Dark.
Retrieving the first bundle, Rancoura begins to drift around the pool, circling it deisul. As she
moves, the Haruspex casts the items from the bundle into the water: the wing of a wasp, the fang of
a bat, the shell of a beetle, the mandible of a spider, and an ichor-like fluid from a small vial
engraved with the likeness of a scorpion, which she unstoppers and pours into the depths.
Kalaneya slinks towards the pool, eyes flicking across the items as they are flung
into the watery abyss.
Following these, Rancoura casts the orb of shadowessence, a black crowfeather, the corpse of a
deathwatch beetle, and, unbinding the leather from the clay jar, a handful of loam, small shards of
bone visible within before they disappear beneath the surface of the water.
Rancoura halts as she arrives at the southernmost edge of the pool. Turning to the south, and the
great statue of Brother Crow beyond the columns there, the Haruspex extends a hand towards the
edifice of the Great Spirit, reaching for Him. With an incline of her head, she signs to you the
first occasion in which words may be spoken.
Kalaneya draws in a deep breath and exhales slowly, a guttural hum escaping from
her throat.
With a deliberate, regular rhythm to her steps, Kalaneya likewise encircles the
pool, though in the opposite direction, continuing her low hum as she intones, "Within Your
sanctified halls, dearest Hallowed, do we beseech Your blessings." She pauses at the northern end of
the pool to gaze within before continuing, "Beneath shade, upon feather, our pulses beat with the
rhythms of the wood. Our spirits unify beneath the watch of the fivefold and our souls, may
themselves one day be one with the Dark Spirits."
Voice ringing across the stone, Kalaneya proclaims, "For nothing matters but
Glomdoring."
Ears twitching as the echoes pass from chamber to chamber, Kalaneya's eyes come to
rest upon Rancoura's mien, and with a silent nod, she bids her to continue.
Rancoura solemnly whispers, "And may glory ever be to the Heart of Darkness." As though in response,
a number of the crows roosting in the Temple's broken roof take flight, cawing their assent as they
circle high above the courtyard. The hazy darkness bleeding out from the statue to the north ripples
out to surround the pool, ensconcing it in deeper shadow as the temperature drops to a subtle chill
as a cacophony of screeching bats, scurrying beetles, buzzing wasps, chittering spiders and hissing
scorpions as the creatures fan out about the pool. All falls silent.
Rancoura awaits a long moment, but then, something stirs -- and many glowing red eyes appear in the
shade beyond Crow's statue to the south before faceless, wispy figures glide into the courtyard,
flitting through the darkness as a breath through the air.
A faint, pleased smile touching Rancoura's lips, she turns to the pool, the various items within it
floating placidly upon the swarthy, mirror-like surface. "Hallowed Dark," she whispers, her voice
hollow as she extends her fingertips to pierce the water's surface. "Will You offer Your blessings?"
All pauses, the creatures quietening, the swirling darkness stilling, the spirits halting and the
crows landing upon various perches, beady red eyes focused on the pool. A stirring in the waters,
and they begin to move, a current forming as the liquid flows. Rancoura gazes on as the waters swirl
faster and faster, a whirlpool coalescing; the items in the pool are gradually sucked into its
depths, dissolving into the murk.
The waters slowly turn violet, an ethereal glow emanating from the lightless bottom; wyrden
flame springs to life at the pool's edges, projecting ghastly visions upon the churning surface.
Rancoura withdraws her fingers from the water, and as she does so, the waters begin to still. The
whirlpool slowly dissipates, the waters fading back to stygian as the shadowflames flicker out. The
presences of the Hallowed retreats from the courtyard, thrum quietening, darkness lifting and
creatures withdrawing.
As the waters calm fully, only faintly rippling now, one of the pendants emerges from below the
surface -- and then another, and another, until all have arisen. Carefully, Rancoura retrieves the
pendants, and holds them aloft for you to see -- for they crawl with dark shadows now, and the
various depictions of the Hallowed upon their surfaces seem to writhe with life.

(I lost the emote where Rancoura gives me the pendant, but rest assured it was freakin' awesome.)

Kalaneya places a hand over her heart, then bows to Rancoura in gratitude.
A hand pressed to her chest as she bows in turn, Lady Haruspex Rancoura So'hthae, Ole'noc Caihel
whispers, "Thank you, Ma'lanas Runia. May we carry the gifts of the Hallowed with us always, as our
Wyrden kin shall do."

p pendant
The spiritual significance of this pendant is evident in the depiction
of many wyrden symbols within it. The base is formed of a ravenwood
disc, approximately the size of a golden sovereign, carefully smoothed
but unpolished to retain some of the ruggedness of the mauve-laced
stygian wood. A likeness of the tree from which the disc was carved is
the main focus of the piece, its gnarled branches and feathery fronds
carved in great detail. At the ravenwood's base is carved a miniature
version of the Drums of the Dead, minuscule humanoid skulls spiked
between them, while surrounding the Drums have been carved a bat, a
beetle, a spider, a wasp and a scorpion, all turned towards the
ravenwood with rapt attention. An opaque orb nestled within the
Ravenwood alludes to the all-seeing eye of Mother Night, while a large
crow perched upon the branches represents the other Great Spirit of the
Glomdoring, its one ruby eye glaring. Swirling around the trunk of the
ravenwood are many faceless figures, the forms of the Dark Spirits wispy
and evidently not entirely substantial. The only features discernible in
their forms are their glittering red eyes, the sheen of the ruby from
which they are chipped causing them to appear to nearly glow. The back
of the pendant has been left uncarved to allow engravings, and a hole
has been bored into the pendant just above the crown of the ravenwood,
through which a braided leather cord has been looped and knotted. The
cord has been intermittently strung with wooden beads carved with
crowfeathers, ravenwood leaves and black roses, and it lacks a clasp,
allowing it to be tied at any length.
It has 220 months of usefulness left.
It weighs 1 ounce(s).
It bears the distinctive mark of Lady Haruspex Rancoura So'hthae, Ole'noc Caihel.
It has been stamped with the seal of The Glitterweb Jewellery Cartel.
Post edited by Kalaneya on March 2018
9