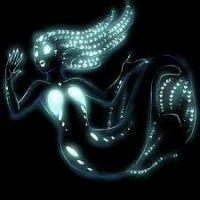 It's a delight to post in these forums for the first time. So I will take a moment to give a shout out to those that make my life amazing in lusternia. The idea suggestion is right under it! I'm very happy & positive...you've been warned! This is just a concept suggestion!

Magnagora raiders:  For always being present to generate conflict. Just dont grief young ones.
Special shout out to Shango, never forgot that lovely chase across the Mountains of Madness when I'd just woken up. It delighted me to no end. I can always count on you to be provoked if I drum up a bit of trouble.

Steingrim - He gets his own shoutout! Keep being you!


Superbosses are something that's been on my mind for little while, conflict is at the heart & soul of player dynamics. Every day we see the PvP aspect of it - raids - but a little more subtle is the PvE side of the story. Novices or Elders influencing fae in faethorn to raise daughters, completing quests & roleplaying betrayals. Faction superbosses are an absolutly delightful aspect of that conflict. If Celestia is fully corrupted by Nihilists, all of the angels slain/sacrificed, should not a decent group ( 5-10) be able to slay the supernals and strike at the star of celest?  Shouldn't Celest be able to strike out at Magnagora in the same way ? Should their not be a reason to actually care ?

As things are right now, my impression, is it would take 25+ players ( Demi's or stronger) to even have a chance of slaying one Superboss. That is, if everything goes off perfectly and the clients dont crash for the sheer amount of text being sent back and forth. Witouth even adding up the response from the opposing city/commune...

I've always loved the dynamics of being vulnerable as an organisation or having a ''goal'' PvE wise and being able to pull it off with reasonable numbers. Not only would it bring back some lovely endgame mechanics but it would also buildup additional consequences to not defending besides just: denizens respawn, trueground area - Done

I will never suggest permanently weakening them.

Superbosses are amazing beings of terrifying power. In return they should be extremely strong and completly unbeatable by yourself. They are, however, beautifully attuned to their plane or forest...

Let us examine Glomdoring as an example:

Unfortunatly numbers are not what they once were, so all that raiders may do is slay aspects & daughers...then harass defenders. That is well & good. But it could be so much more...

Imagine, if you will, the daughters of Night/Shadow/Darkness being tied to their own superboss: Glumki-Gwyllgi-Lhiannan. So long as the daughters live, the avatars themselves are unbeatable and near invincible (25+ to kill). Slay the daughters....and the superbosses weaken, their influence reduced. Suddenly, they are vulnerable, hitting for less damage, having less HP ( Killable by 5-7 people). In the meantime defenders hear the daughters die on the commune aether, reaching the avatars to defend them. Defending in the same room as an avatar? Avatar will grow strong/heal itself/hit harder. Until the players are killed or the raiders come up with a plan to isolate the defenders from the avatars. Then the avatars die.

Dead avatars must be revived through commune cooperation (something already in place). Dead daughters, by influencing fae. Empowering the avatars even further as the daughters are maintained, something even young ones can work hard at regularly.

Brother Crow would work in a similar way. Located on prime, within reach of guards. You would weaken him by slaying the aspects on Ethereal - something very easy to do - then melding prime Glomdoring and slowly removing the Wyrden influence. Of course, prime Glomdoring is much harder to get into then ethereal. Glomdoring players fighting side by side with Brother Crow would empower & heal him in the same way the ethereal avatars do. On top of guards & shadow totem defenses....it would certainly take an organised group & quite a bit of planning ( did I just suggest planning instead of impulsivity?).

The most beautiful aspect of this is that every organisation has major denizens. Each organisation has a way to empower such denizens (to the best of my knowledge). The Superbosses - rewritten in such a way - would feel like a delightful way to promote conflict between organisation, pushing forward your own agenda (Wyrden, Taint, Light & Etc.). Sacrifices for the sake of alliances, like not kidnapping fae of faethorn, would have very real consequences on the strenght of your own superbosses. Which in turn will have consequences on the organisation itself. Leading to people having a much more valuable reason to defend, contribute & involve themselves to push their organisation's agenda forward. Alliances themselves would make much more real sacrifices to maintain each other.

-Super bosses may be killed by 5-7 ( After fulfilling conditions)
-Denizens attuned to the superboss (angels, daughters, demons, ladies & more) weaken it by dying
-Prime superbosses weaken by slaying aspects & melding land (Oh hey a reason to promote mages&druids)
-Defending players - receiving shouts on city/commune channels - would empower/heal bosses by being in the  same room as it. Especially good for orgs with smaller numbers ( Maybe a scaling mechanic on activity? )
-Quests to revive Superbosses would be available once more.
-Strategies to defend/raid would be needed to slay prime & plane bosses. (Promoting prime pvp)
-Org alliances would have real sacrifices by not empowering their superbosses to please another Org
-New players & low levels performing org power quests would have a very real impact on the defenses of the org.

With that said & written, this an idea I came across in the hopes of revitalising a system which I would love to see far more involved. I would not even be surprised if Superbosses could be a thing tied into dailycredits.I think they were at one point? (Yes I know that discussion is closed). I write this idea here to submit it to everyone's review, I used Glomdoring as an example, for that is both my home & the organisation I am most familiar with. Ideas and imput is most certainly desired & even loved!