Astral Nodes and Their Nuances 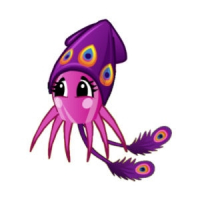 Jolanthe Member Posts: 631 Mythical
December 2019 in World Library
I've heard a lot of different things about astral nodes, but I don't think anyone's really gotten into the nitty-gritty of their exacting capacities, how they recharge, etc. This topic is to serve as an exploration of the subject, based on what I've observed and been able to track to the best of my ability.

This seems to be a pretty solid and consistent chain of energy reading, to gauge how much power a node has left. But the tricky part is determining recovery time and how long it might take to recharge from there. It is generally agreed that every hour, the astral plane has a "tic" to recharge nodes that gives a "glimmers with power" ambient in the room with the node. It is also true that a node fresh from devoid recharging into crystalline will only have one power - attempting to drain it won't get you very far at all.

The details past that are murky and incredibly difficult to track. It seems that the Rainbow -> Crackling range is right around 50 power, give or take, and each tier below seems to be a bit less than that, requiring more time to recharge despite the progressively smaller pools of power needed to be restored. But I think I have solid theoretical values that could be proven/trusted if enough people kept an eye on them.

In that regard, a node drained just past rainbow hues and down into motes is highly likely to recharge to Crackling if left unlinked for the next 6 hours. Comparatively, a crystalline node would need to be untouched for 15+ hours to push up into the "glowing" state again. It is imperfect, but does seem to reflect the general scheme of waiting/draining that I've seen unfold over the course of time and is otherwise a PITA to overview when people can be coming/going/linking whenever.

Anything seem out of place or inconsistent with observations otherwise?