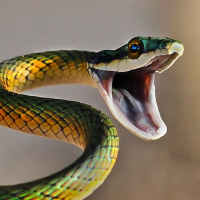 Maeko Member Posts: 74 Capable
January 2020 edited January 2020 in Common Grounds
I was bored and wanted something to spur some creativity, so I devised a poetry writing prompt and then wrote a bunch of poems using it. Those poems are now published in-game, but I thought I'd bring the fun here and see if anyone else wanted to join in.

The prompt is simple:
This collection of poems was written using a rather unique prompt: for each, ten words are chosen at random from a dictionary. Those words MUST then be included in a resulting poem. The poems can otherwise take any form. Changing tense or voice of a word is permitted. Changing words entirely is not. What follows are the poems that passed censure.

If you'd like to generate a list of 10 random words, I've pulled in the dictionary I used (which is just the dictionary file shipped with most linux distros in /var/share/dict/words) and written a script that gives you ten words. Just head on over to https://ixiia.science/random.html

If you get a proper noun (or some other word you don't like), feel free to replace that word with a new one (just hit refresh to get 10 more)