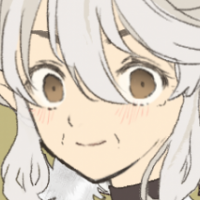 Xiran Member Posts: 196 Virtuoso
September 2020 edited September 2020 in Event Scrolls
Summary: Some time after Serenwilde had a successful engagement in Faethorn, Veyda runs around Serenwilde and gets in a fair bit of snark. All oratory points to him.

Avatar made through Picrew
Post edited by Xiran on September 2020
Tagged:
2