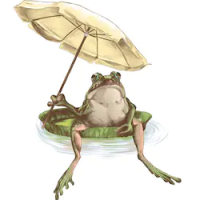 Mlaan Member Posts: 6 Novice
September 2020 edited September 2020 in Q&A
Hello, O Wonderful Gods and Vowels alike~!
I've been learning Celestian history lately, specifically this new guild lore for the Magisterium regarding the legend of Saint Tresalyne, and I was hoping to clear up some things that don't seem to add up between the fascinating new development and the already established lore. Obviously, I'm working from a flawed, player-centric reflection, but there are some facts that don't seem to be adding up.

Any chance You can correct me?
(Much appreciated~!)

Query: Why does Celest (New and Old) have such a strong fascination with seafaring?
Context: Merians can breathe underwater, rendering boats useless except as little more than cargo transport, and traditionally they have not much cared to make considerations for non-merians. There is no tract of water connecting the (then) Crystal Sea with the Inner Sea, and the only settlements accessible via the Crystal Sea to our knowledge were Magnagora and the Balach Swamp. Why did an Empire of aquatic, water-breathing people with no seafaring opponents and only one significant trading partner develop such a strong culture surrounding shipbuilding and seafaring?
Tagged:
6