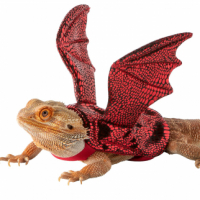 Afrit Member Posts: 3 Inept
April 28 in Ideas
Hey all, it's your resident Afrit.
I've been following the economy threads, and recently this cloaking gem thread and I know overall we're trying to get population up. I know the admin have 5,000,000 things to worry about right now but I believe we're not targeting actual retention issues. I'm about to make a post I'm pretty sure most people will find disagreeable, but I accept that possibility <.<

Since I joined the Revelry, there's been little to no reason to actually try and do Revelry things. This really isn't meant to be ragging on the Revelry leadership so please don't take it that way. I know that guilds are suffering for meaning because the original 5 guilds were nuked and then these unestablished, illegitimate guilds were kind of dropped in with little to no admin assistance in making them relevant to the city. That isn't to say I haven't observed that one Celest guild get reworked, then reworked again - obviously the admin over there are -trying- to do something. But it's been 4 years-ish (first Revelry post was 04/25/2017) and the guild still seems to lack so much substance. Again, I'm not trying to be rude; I know volunteers have sunk time into guilds, like for example the new-ish bar and NPC the Revelry recently got. But who actually goes to the Revelry guild hall to interact with that new NPC?

The blame lies in the fact that these guilds have still not made an impact in the game's society overall. You can't give what amounts to a bucket of beige paint to the players (and volunteers, let's be honest) and expect them to paint something vibrant and engaging. I know some of you are going to feel as though your guild is working well, and that perhaps you've accomplished/made memories in them, and I totally respect that, but I have a strong instinct that tells me newbies are getting turned off by current guilds due to their lack of relevance, interaction and interest. So please hear me out.

Instead of these random guilds that the admin expected players to flesh out (except they'd veto a lot of the more creative and interesting things), we should return to guilds that have legitimacy in the lore. I think every org should bring back their original trinity and make it (very nominally) more difficult to classflex around org skillsets, to combat the homogenizing (boring) effect of having every class in every guild.

This is what it'd look like for Gaudiguch, then just copy the analogs for every other org:
Illuminati (Illuminati and Minstrels)
Templars (Templars and Nunchaku)
Pyromancers (Pyromancers (and their chem variant obviously, which is essentially another class!))

Players in the Illuminati guild could flex without restriction between Illuminati and Minstrel, and then the players that want to can go receive permission from the Templars and Pyromancers to flex into other skillsets as desired (so people who are very used to flexibility can still have it). No impact on very invested players, but provides structure for newbies.

I know the kneejerk reaction is probably going to be "no way, we're only going to move forward with our new guilds, no use in backtracking" but I sincerely believe that that's not the right move. Lusternia needs to give itself a break and LEAN on the biggest hook it has, which is LORE. That means bringing back the Illuminati, who fashioned Project Paradox and gave the city a mystic feel, and the Pyromancers, who burned a road through Serenwilde with elemental fire and followed the Seven Sacred Pyres. Guilds that actually did things. Believe me when I say that the Revelry is not the only guild (please don't look at the Goon Squad) that is suffering from a grave case of blandness. We need to give ourselves a leg back up for newbie retention.
Tagged:
2