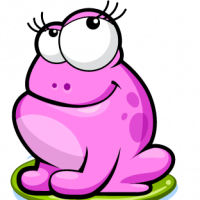 Mboagn Member Posts: 147 Master
July 2020 in Common Grounds
Long ago in a forgotten age, Richard A. Bartle did a study on the 'personality types' of MUD players. It's a long (but very insightful) read: http://mud.co.uk/richard/hcds.htm

For a quick summary, there are 4 main groups: Achievers, Explorers, Killers, and Socializers.

Explorers Interact with the World: they like exploring areas, figuring out quests, as well as fiddling with mechanics to find out the best way to do things (including PK mechanics).

Killers Act on Players: they like killing, and generally imposing their will on other people. This can also include leaders (who manage the actions of their citizens) as well as big shopkeepers (who may want to box out the competition).

Socializers Interact with Players: they like the argh-pees. They enjoy the social dynamics of the game, and how much they can express via the game's mechanics. Flexible emotes, fancy says, fancy tells, and all that are dollar signs to a Socializer.

There's been many tests, and the one I've been using is this one: http://matthewbarr.co.uk/bartle/index.php

I wondered in Discord if the admins think of the Bartle Taxonomy when pushing new stuff into the game, and I think it'd be nice to know how the Lusternian playerbase is grouped! For example, I'm an Explorer (80%), mainly, but also a Achiever (53%), Socializer (53%), and Killer (13%). What's yours!
It's pronounced "Maggy'!