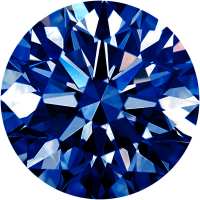 Sapphira Member Posts: 203 Virtuoso
July 2020 edited July 2020 in Last Chance Trading Post
@Uzriel and Sapphira are looking to grow the d'Vanecu family - having largely disappeared due to inactivity, we're really excited to help revitalise this historical Magnagoran house and keep them growing into a new era.

A little about the house - d'Vanecu are traditionally a house of religion, foremost priests and priestesses of Nil, and powerful necromancers. Uzriel summed it up really well in character - "That's not to say we are so focused upon worship that we will exclude everything else. I think we can take Nil's teachings and apply it to all facets of life, and that is what I want the family to exemplify. Lord Ashtorath's rage can guide those of us who seek combat. Lord Gorgulu's all consuming hunger and unfathomable power. Lady Nifilhema's artistry. Lord Baalphegar's wisdom and subtle manipulations - these are all inspirations for us." Basically we are a family closely tied to Magnagora and Nil, and we aim to do the noble blood justice through refinement and decorum and just being general useful members of society.

Those interested in roleplaying any combination of being a refined noble, tainted cleric/devotee, mad scientist, artist or scholar are welcome. While bashers, pkers, influencers, and the like are also welcome our main interest here is in developing the d'Vanecu's roleplay. Because the family's role is strongly tied to Nil and necromancy, only Magnagorans will be considered at this time, with a preference to viscanti (or at least race-hat as viscanti). Alts are welcome if you just have an interest in hopping on to roleplay something different for you.

A little about us!

A mad scientist at heart, Uzriel's reconciling his scientific mind with the d'Vanecu's traditional role as Nil's priests. He's looking to melding the two together (with hopefully some help and inspiration from Edwin along the way). Besides science and experimentation, he has a large interest in questing and Lusternia lore/history, especially when it comes to Magnagora and the noble houses. Any children with an interest in any of those he will greatly encourage and nurture.
Sapphira is an artist with a preference for painting but also any form of art or design, and a particular fascination for pushing the boundaries and standard concepts of beauty. She is a cacophonist but not particularly passionate about music in general, preferring other modes of creative outlet, with a particular admiration for Nifilhema's artwork, and absolute awe of Drocilla. Besides art, she enjoys playing assistant to Uzriel's scientist, collecting trades (gotta catch them all), socialising and the niceties of society and refinement. She secretly harbours a desire to become a priestess of Nil somehow and I plan to evolve her spiritual and ritualistic side more - marrying devotion and aethetics - but she has a very good knowledge of the Demon Lords and their tenets. She will probably dote on children who like spoiling and definitely has a teasing, playful nature. Bonus points for children who also pick on Uzriel.
If you're interested in maybe joining us or explore the possibility through rp, feel free to reach out to either or both of us. We can plan oocly if you like but spontaneous RP would be amazing and likely fun to see where things go! And even if it doesn't end up working out, we'd enjoy the rp.
11