Sylandra Join Queue for Mafia GamesThe Last Mafia GameMember Posts: 4,731 Transcendent
April 2016 edited April 2016 in The Real World
Hello everyone! As it seems I'm running the next mafia game, I took a page out of @Kiradawea's book and thought I'd do a poll. Each of these games can have at max 16 players, and each will hopefully be written in a way that's accessible to people unfamiliar with the flavor.
*Regarding the special note for Danganronpa Mafia - I saw a game based on this which involved custom roles inspired by player suggestions. Danganronpa is basically a game where a bunch of "super talented" high schoolers are forced to murder each other to escape from a locked down school. I would basically just ask you to send me a high school trope of your choosing, and then I would create a role for you based on that trope! (This will stop anyone from being spoiled on the plot, and make name-claiming to prove alignment useless.)
Please vote and let me know what game you'd most like to see!
Daraius said:
"Oh yeah, you're a naughty mayor, aren't you? Misfile that Form MA631-D. Comptroller Shevat's got a nice gemstone disc for you, but yer gonna have to beg for it." 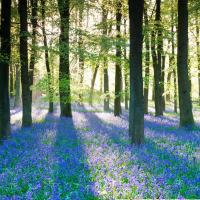