Should the use of fast movement devices, artifacts, etc. be restricted for world games?

Mrak Member Posts: 232 Master
October 2017 edited October 2017 in Common Grounds
During the hamster hunt, the use of cubixes was prevented. I know at least one of the hamster hunt leaders (i.e. me) used tricks to get around this restriction. I'd be surprised if the other didn't as well.
Maybe in response to this, teleportation and pyramids were also restricted for the harmony event today. Throughout the course of the event, other ways of getting around these restrictions were prevented, including ascending to the havens, following others, path finding, empress, and summons.
My basic question is: do people like these restrictions? Do you want them included in future events?
As you might imagine from me making this post, I am not a fan. My perspective is that we should reward preparation of all sorts, including obtaining lots of bix-like items, getting friends to help, planning out stuff beforehand, etc. Furthermore, it's unclear to me why these things are turned off for harmony and the hamster hunt, but not for other events (it wasn't turned off for death, I wasn't there for the scavenger hunt so I don't know).
My counter-argument is basically the following: turning off these artifacts and artifact-like items opens up the field less artifact rich people. I think we had a newer player come in third on the hamster hunt, which is kind of cool. Shutting down pay-to-win is something that in principle I support. I'd try to steel man this argument further, but I don't know how. I'm happy to hear other arguments in favor.
Note: Lirangshan Mist was also shut down for future harmony events. I see this as being in the same class of items.

Should the use of fast movement devices, artifacts, etc. be restricted for world games? 30 votes 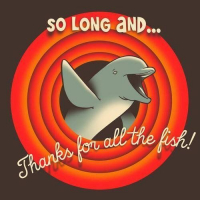