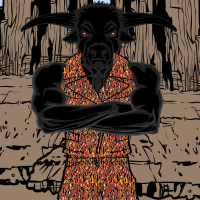 Drastrath Member Posts: 88 Apprentice
June 2019 in Ideas
I believe that there is a fundamental flaw with combat in Lusternia. The issue is that sheer numbers literally turns combat into glorified bashing. This is most certainly not fun to me whenever I am on either side of the equation. The issue is that kills should come from setup and tactics, in my opinion. No one should die from 10-15 damage attacks.
However, I am not saying that pulp, meteor, new monk, or bards shouldn't be able to damage kill because it is in their kit. The damage from all these require setup. Population is not something that will or can be fixed because it will always fluctuate. However, combat is too skewed to the side with the most numbers, and not the side that uses the best skill or tactics.
I would like to open up a discussion on how everyone else feels about this with some questions to get us started:
1. Do you feel this is even a problem?
2. If yes, what do you think would be a good way to resolve the issue?
My answer: 1. Yes. 2. Option A: I believe combat should have diminishing returns when an individual is targeted by more than 3 individuals. This would require more discipline in targeting. It would split larger groups into targeting more individuals instead of just burning one down. The larger group would still have the advantage, but the smaller group would have at least a chance. An example, group A (9 people) is fighting group B (3 people). Group A would need to have groups of three attacking each person in group B to maximize lethality. Group B would need to focus on the priority targets in group A. Group B would likely lose, but they would at least have a fighting chance if their skill level and tactics are superior to group A.
Option B: Create a research skill (Nature) that calls up a shield for every 4th, 5th, 6th, etc attacker that attacks you within a 10 second window. An example, person A is attacked by person 1 then by person 2 then by person 3 then by person 4 which raises a shield then by person 5 which raises a shield, etc. Person 1-3's subsequent attacks would not raise shields.
0