A Problem with Wiccans 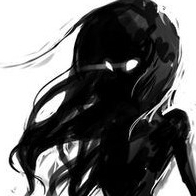 Nyana Member Posts: 137 Capable
June 2019 in Common Grounds
I suspect most would agree that Wiccans are the equivalent of Guardians for the communes. When I compare the power requirements for the Cosmic skills and the Rituals skills (assuming the wiki is relatively up to date) for guardians, they're all relatively the same. Not in terms of how effective the class/skills are, but if a skill takes power, it takes power from the respective city nexus. Night and Moon are mostly the same way.

But Wicca doesn't work that way. Nearly every ability draws power from any source, with the exception of the three fae unique to Serenwilde, the three unique to Glomdoring, and mindmeld. This leaves a comparatively large pool of abilities that anyone can use without being part of a commune. Cosmic/Rituals aren't completely comparable to Wicca/Nature, but close enough to say the skills available should be similar.

There's an easy solution to it: Make toadcurse cost commune power. No other instant-death guardian skill is available without a city power cost. Mindmeld already costs commune power, so it's possible to make this change. Other skills like channels, mushrooms, and dryad might also switch to this.