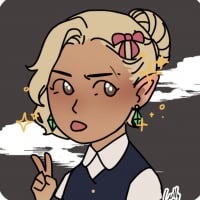 Coraline Member Posts: 568 Fabled
September 2019 in Common Grounds
I know there was a reason affinity essence drains were put in in the first place (I heard that it was to prevent some Orders from taking over an organization?), but as someone who has no desire to take over any organization, and also as someone who likes contributing positively instead of feeling like a drain, I wanted to ask if there was any way that the current affinity drain could be tweaked?

As someone who recently joined an Order that takes in people regardless of politics, I was excited to see how I was contributing, just to realize that the mechanics were telling me that I was a drain just for existing in the Order.

Some suggestions, off the top of my head:

1. Cause affinity drain only if more than a certain amount of people (example, 5 people) are from orgs that are not tied to the Divine. This way we can ensure that no one will try to take over any org.

2. Let the Divine choose whether they want affinity drain for having people outside of their org in their order. Alternatively, it can be decided by the admin which God should or shouldn't have affinity drain based on the Order's rp.

3. Only cause affinity drains if people are members of certain orgs which wouldn't make sense given the type of Order they are in. For example, a member of Celest in the order of Night.

4. Have affinity drain, but reduce it significantly so that it would only make a difference if there are a lot of members not tied to the org. Or remove the halving of offering cost.

These are some of the ideas I thought of, if anyone has other ideas please comment with that! But the current situation is a bit disheartening.

You are startled as a lemon meringue pie bounces harmlessly off you after being thrown at you by Mysrai.
5
«12»