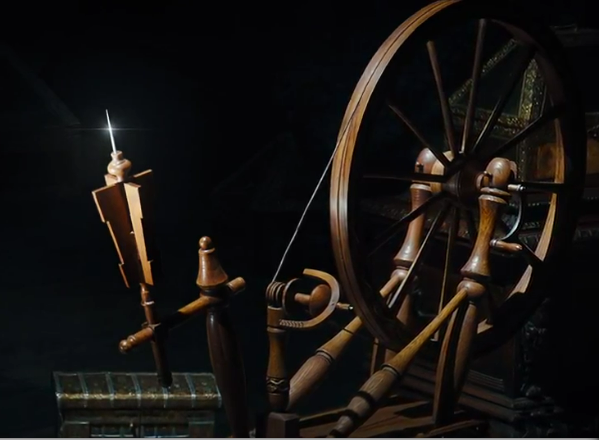 "And to show I bear no ill will, I, too, shall bestow a gift on the child. Listen well, all of you! The princess shall indeed grow in grace and beauty, beloved by all who know her. But… before the sun sets on her sixteenth birthday, she shall prick her finger on the spindle of a spinning wheel... and die."
Contagion in the Palace is a variant of Assassin in the Palace which operates on a similar conceit: you have one king, one assassin, and a bunch of guards who are aware of the king's identity. After day one, however, the set-up changes slightly with the infection mechanic. Whoever is voted on day one by the majority to be lynched reveals their alignment and spreads their infection to another player. This continues until the assassin is infected, and their goal is to spread infection to the king. (This makes it pretty quick, since you only really need majority for one dayphase!)

You can look at the previous Masque of the Red Death game on the forums here for reference.

Extension: The game will start on Friday, October 4th around 7pm EST, and sign-ups will be open until then. If you're interested, sign-up below!

While I'm starting at six players, I'm open to accepting more, so don't be shy if you have interest!
Daraius said:
"Oh yeah, you're a naughty mayor, aren't you? Misfile that Form MA631-D. Comptroller Shevat's got a nice gemstone disc for you, but yer gonna have to beg for it."
Post edited by Sylandra on October 2019
Tagged:
0