The Impossible Shevat ladies talk about Czixi and the Order 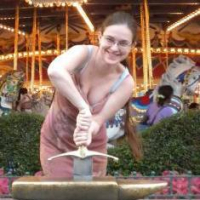 Alexandria Member Posts: 363 Fabled
December 2019 edited December 2019 in Event Scrolls
In case you ever wondered what Czixi's Order gets up to unsupervised.
-----

Czixi, the Welkin murmurs, "Fight on, My Effervescent Sylph. I will be with you as you do."