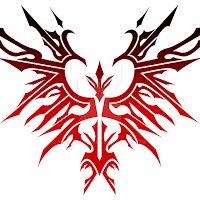 Octavia Member Posts: 14 Inept
February 11 edited February 11 in The Funnies
I have played text-based MUDs for longer than I care to admit... my first MUD was Avalon. In 1989. Anywho! In just over thirty years, I have had many experiences. My fondest just so happen to be emotes that I assumed did one thing, only to be proven that the equation assume = ass - u +me is also true. In simple terms... never assume anything.

Flip. When I decided to convert to Achaea (my very first IRE), I assumed that the flip emote did in Achaea what it did in both Avalon and Cardea; caused your character to perform a backflip. I used it on Phaestus (a god there) in an attempt to celebrate his promoting me in his Order and watched in horrified disbelief as the return text of "You flip Phaestus the bird" appeared on my screen. The next thing I remember is being smack dab in the middle of Mhaldor. I was Shallamese. To put it in Lusternian terms, that is akin to me flipping off one of the Celestian Divine as a Celestian and having him/her punt me to the Megalith in Magnagora.

The second one I remember is the stroke emote. Believe it or not, I had only used that one in Cardea prior to coming to Lusternia. There, it had your character stroke his or her chin in contemplation. Again, I watch in utter disbelief as Octavia began stroking herself tenderly in front of a bunch of people at the Aetherplex. I refused to log in for three real-life months after that, sincerely hoping that people would not remember that. Or... at least forget it was ME who did it. I've been back since the end of January (this happened before Thanksgiving) and no one has mentioned it, so phew! 😁

Those are two of mine. Let's see what you folks have!
Tagged:
4