No One Expects The Thorny Inquisition? 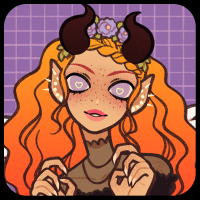 A pert little nose takes in a delicate whiff of your surroundings, sensing the faint traces of others in the nearby area.

(Glomdoring): Adrien (from the Prime Material Plane) says, "Glory be to Her Glomdoring."

You portal to the Aetherplex Chamber.

You tug upon the aether strands around you, searching for one that connects to the Master Ravenwood Tree.

You teleport along the aether strands to the Master Ravenwood Tree.

Before the Master Ravenwood Tree.
Brennan Stormcrow paces here, his cadaverous body twitching with sudden jerks. The Master Ravenwood Tree towers over everything here, pulsing with an immeasurable yet dark power. Casting darkness all around, a shadow totem thrusts up from the ground, chilling the air.
===== [[Guard Spam Begone!]] =====
An imposing reaper is here, face hidden behind his dark hood.   <== [ Caleb? ]
Viravain, Lady of the Thorns hovers here, shrouded within an ambiance of unnatural darkness. She wields a wickedly curved scythe with both hands.
Devotee of the Tah'vrai, Adrien Shee-Slaugh is here, shrouded.
Proselyte Illyria, Listener of the Silent Knell is riding on a delicate, radiant pink mare with soft pink wings.
You see a single exit leading north.
A dark nighthag nods her head at you.
A dark nighthag turns her gaze to you momentarily.

Viravain passes in front of Caleb and then stops. She lifts Her mouth into a true smile then, and She asks, "Then the roots remain, mm?" She reaches out a hand to Caleb, but does not allow Her fingers to make contact.

Adrien inclines his head politely to you.

You have emoted: Gathering the skirts of a dark, hazy gown of smoke and shadow in either of her hands, Olethea dips into a low, reverent curtsey before Viravain, her gaze lowered.

Your soft voice reaches out to Devotee of the Tah'vrai, Adrien Shee-Slaugh, tickling their ear, "So that's what you meant by Her Glomdoring...."

The cold voice of Adrien sends chills down your spine, "She watches us always."

Sir Caleb Luminare says to Viravain, "I apologize if i may have offended You, mi'Lady, with this guise. Do let me know if there would be anything I can do to rextifcy this. Please rest assured, that I cary the scythe proudly and with respect to You."

Your soft voice reaches out to Devotee of the Tah'vrai, Adrien Shee-Slaugh, tickling their ear, "I know. It's just not often we get to gaze back."

The ghost of a smile passes fleetingly across Viravain's lips.

She is a radiant immortal and is possessed by a ghostly countenance that haunts the very depths of Her being. Shimmering hair the colour of a harsh winter's snow spills over Her shoulders and down Her back in a straight fall, meticulously twisted into a loose plait mid-back with a single bit of silver thread. Striking pale blue eyes are deep set within Her youthful face, haunted and fathomless as they rarely stay focused in a single place. As befitting Her youthful appearance, Her figure is slight and willowy and each of Her arms is slender, ending in sylphlike fingers and meticulously sculpted nails. Dark shadows swarm sinuously at the corners of Her slender silhouette, their movements manifesting a phantasm of bewitching grace.

Adrien beats his wings furiously, taking to the air with a droning buzz.

Viravain drifts slowly backward, Her unblinking eyes fixed upon Caleb. "And so you answer My question with pleasantries. You deny the pull of My Dark Heart."

Sir Caleb Luminare says to Viravain, "Ah, it would be my upbringing, I would respect and accept anything that would rectify my deeds or presence that have offended Your Dark Heart."

You think to yourself: *The soft and soothing sigh of a cello, each warm note bleeding into the next as readily as ink into water*.

Viravain lets the shaft of Her scythe go, and it falls, blade first, against Caleb's shoulder. It stops just before striking, the Lady's hand holding it easily. "How kind."

Caleb breathes deep and takes out his severing scythe and offers it to Lady viravain, holding it open palmed with both hands.

Viravain turns the scythe so the blade is held against Caleb's neck and She smiles. "Linger, reaper. Let the beauty of My wood be the gift your senses indulge themselves with after so long in the blinded city. Surely you feel the reprieve here, where the Light cannot find sure footing." Slowly, She withdraws Her scythe and holds it at staff length.

Tilting Her head, Viravain, Lady of the Thorns says, "You could have fled from Me, but instead, you answered My questions."

Caleb remains kneeling but looks up.

You think to yourself: *A few, fluttering, curious whispers of flute*.

Sir Caleb Luminare says to Viravain, "The shadoes of Glomdoring does bring me inner peace."

A look of understanding crossing his features, Caleb nods his head slowly.

Viravain gestures vaguely. "Rise, if you wish. Or stay where you are -- there is freedom for you to choose here." She tilts Her head the other way then, and the Summer Bloom's smile becomes something else. "Enjoy the company of My children and My people, and take those thoughts with you when you return to your city."

In a quiet murmur, Devotee of the Tah'vrai, Adrien Shee-Slaugh says, "If that's so... you're always welcome at home."

You nod your head at Adrien.

Synl silently enters from the down, manifesting directly from his surroundings.
A blood-stained frost coils across the ground as mists rise in the air, heralding the entrance of the mysterious form of a shifting beast from the down.
A dark nighthag turns her gaze to Synl momentarily.

Softly, you say, "It certainly brought me the peace I sought."

Viravain, Lady of the Thorns has bestowed Her divine truefavour upon you. It will last for 5 months.

You curtsey gracefully before Viravain.

Sir Caleb Luminare says to Viravain, "It is not in me to run in the pressence of the devine. Meeting you, mi'Lady for the first time is is a great honour."

Viravain turns to face the Master Ravenwood, which reacts immediately, its fronds twisting and bending to create a pathway for Her. She glides forward, as if to depart, before She pauses to reflect, "We will meet again."

Swallowed by the darkness, Viravain leaves into the night, and the forest returns to its former shape, its Goddess no longer there.

Gyorn enters from the north, a thin sheen of water rippling outward from every step.

With polite curiosity, you say to Gyorn, "Nothing's wrong, is it? I'm not used to so many Celestians coming to visit."

Gyorn La'Saet says, "Was merely curious about my fellow Celestian."

Gyorn nods his head at Caleb.

You have emoted: Olethea has a momentary look of clarity, which warms quickly into a smile, her eyes crinkling at the corners to clearly show the expression her veil hides. "Ah. We were a bit surprised too."

You look thoughtful and say, "If you'll excuse me, I was just teleporting home from Avechna, I hadn't expected to run into the Lady...."

Gyorn La'Saet says, "First time I had seen Her in person, even if it was briefly."

Sir Caleb Luminare says to Gyorn, "Me too."

You incline your head politely to those around you.