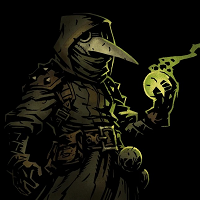 Uzriel
April 6 in Ideas
So on discord the topic of how currently subjects and assigning subjects to books is not incredibly helpful - in part due to how arbitrary they are, and how they can potentially create a backlog and as a result, many libraries simply ignore assigning subjects altogether.  I'm putting this thread to brainstorm some for potential coding changes.

The goal of any changes in my mind would be: Making subjects a meaningful way to help people browsing for books on a particular subject, but without making it overly difficult to manage.

One proposal that I have is to create what I'm calling "Universal Subjects" - these are a list of subjects that are standardized in every library. Much like the design system where there are set categories or commodities, there are set subjects that are designated in this rework (not going to lie, this would be a MASSIVE undertaking just from just a sorting and consolidating perspective, ignoring any code involved.) When new books are added to the library for submission, the librarian (or aide) would set what Universal Subjects they are assigning to the book, and once published they would automatically be put into that universal subject across all libraries. Once published, a book cannot have its universal subject changed except by republishing it as a second edition, similar to how books cannot be edited without republishing.

For organizations that want to further fine-tune subjects with additional niches, I would suggest annex/library-wide subjects which would work as the current subject system works. Librarians may arbitrary create new subjects and assign books to them for their own library/annex. They may be freely changed but only exist in their own library (similar to how subjects currently are). Personally, I would not utilize this feature, but it allows those that want it additional fine-tuning.


An unrelated addition that somebody else suggested on discord, I'm going to include here: letting us add blurbs to books. This would be a field that a librarian can optionally set before publishing (possibly limited to 255 characters to keep it from getting out of hand), which would then show in the book when somebody checks LIBRARY INFO. You could think of it as being like the back or inside flap of a book that gives a high-level summary of what it is about. If possible, letting us search for books by text in the blurb would be especially amazing.


In summary, there are so many books in the library that finding things on a given topic can be quite difficult. The arbitrary nature of subjects at current makes it difficult to manage, and with no standardization across libraries, it creates a large amount of work on a single librarian to even attempt to manage, leaving most of us to just not bother. Some code changes could really help with that burden, and while I acknowledge the difficulty of dealing with the existing backlog of books to be brought into any sort of system - can at least start brainstorming ideas here.
6