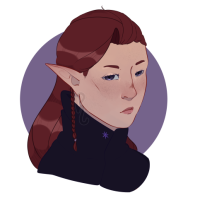 Esei
December 2022 in Ideas
You know it. You love it, you hate it, you love to hate it. Permanently full of tangled, over-cooked spaghetti, so the story goes.
In the official Discord, family code has been debated time and time again, to varying degrees of argument and/or agreement. I've collected a few of the most common issues and a few suggestions and even solutions, if you will.
ISSUES:
- Family honor tends to be punishing and punitive - to varying degrees. Some people enjoy the grind, and others don't. (Which is not surprising!)
- When you fail upkeep, you also take a huge hit to honor loss. This is displeasing to many. (The human psyche generally dislikes when it 'loses', even if it's not strictly losing anything except one's time.)
- Some are displeased with the strictness of matrimony and similar bonds.
- Some are displeased about the strictness of marrying into someone else's house, or having to create your own, when you might just want to stay in your birth house.
- All of the positive benefits from being in a Great House simply do not exist anymore.
- The family system was designed in mind for a population that would, ultimately, never wane. This is no longer the case.
- The family system was designed with a mindset that stated 'everything must have a mechanical purpose to exist'. This is no longer the case.
- Many families end up relying on only one to three people actively maintaining family honor, which is simply not how it was meant to be played.
- The families with most honor have such low ticks (such as 1 per hunting tick) that collecting enough honor not to lose it for the year can take the entire year to do so.
- Some families tend to scoop up novices who may not be properly suited to the family due to family honor.
SUGGESTIONS:
- Temporarily freeze family honor while a proper fix is worked on. (Xenthos, Ayisdra?)
- Polygamy and/or some other form of polyamory where you can express a secondary relationship in addition to your spouse(s), such as handfasting. (Yinuish)
- Additional: while in the current system it may be unable for more than 2 parents of a child, it would be cool to have if this happened. Otherwise, any spouse that confirmed the first parent's adoption would become the child's second parent and would be an option for the below. Alternatively, a child could reject one spouse and take another, provided the respective parties remained married during this specific time period (e.x. Bob is married to both Sarah and George. Bob Jr is initially adopted by Bob and confirmed by Sarah. After the adoption succeeds, Bob Jr changes his mind and adopts George as a second parent) (Esei)
- Optional joining your spouse's house - instead of forcing one or the other to take a family name, both can keep their names and remain in their respective houses. Any children adopted by this relationship can choose which family to join. (Evette)
- Make family honor into a vanity resource to buy various RP-related perks, such as family typecasts or emotes. (Kailanna, Lavinya)
Please feel welcome to make discussion in the comments below, this is just what I was able to find and/or remember. This is not an exhaustive list and should not be considered one.
All My Links
pronouns: they/them
0