Changes to Cloaking Gems and WHO lists 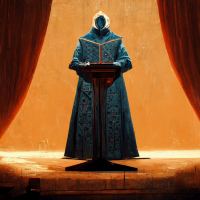 Something that has caused issues in both Lusternia and other IRE games is the way cloaking gems work. While a valid and useful tool for both combat and general hiding, the problem we face with cloaking gems is that they leave the game feeling somewhat empty and it can drive away newer players.

Lusternia is the last of the IRE games to retain the current system of cloaking gems, all the others moving away to a better system which enhances player visibility while retaining some effect of being hidden. This is something that we have decided to move on as well and we have conversed amongst ourselves a bit to come up with some plans and ideas on how to move forward.

Below are all the changes we are planning on making, but wanted to get some feedback from the player base before we make the changes.

Example new WHO (WITH Third-eye):

Calista - the Garden of the Moirae

Currently there are 17 Lusternians, 8 of which are hidden from you.

As stated, we are looking for some feedback on this before we make any changes, and want to take your opinions on board before we start making changes.