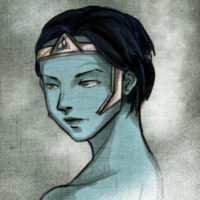 Czixi Member, Gods Posts: 147 Divine
August 2017 edited August 2017 in The Real World
It will not have escaped the notice of Hallifax, and those beyond it, that I have not been able to be present in Lusternia as much recently. I'm delighted (and overwhelmed) to be able to tell you that the silence is because my debut novel was published this week.
It's called Mundane Magic, and here's what it's about:
Magic exists.
Hidden within the world, disguised as mundane gifts and talents, it rests. Though not wholly dormant, for the mostpart it has gone unnoticed. Until now. Now, one man is trying to change that: to fight for a world where mages can be open about their powers and the world can accept them for what they are.
But trying to change people never goes smoothly, and the best intentions can fall away in the face of fear. Thomas Braddock has gone from hopeful revolutionary to wanted fugitive in a matter of days, earning the wrath of the British Army and their magical allies. For Braddock’s power is to be impenetrable, the ultimate defender; and the only thing that can pierce a magical shield is more magic.
Of course, it is not that simple. Nothing is ever that simple. And for the young servant whose power holds the key to defeating Braddock, there are some difficult decisions to be made. Because Odette is not destined to defeat him – there is no prophecy that binds her life to his. She has a choice.
And she doesn’t want to become a murderer.
So if you're fond of historical fantasy, looking for something to read in the last bits of summer, or have enjoyed my writing in game - please consider checking it out. You can get it in either ebook or print format, and it's available at major online retailers. It's not currently available in physical shops, but larger shops should be able to order it for you if you prefer to buy in person. The print edition might show as out of stock on some sites - this is incorrect, it's just not updated properly yet (the book is print on demand, so it's conning the site into thinking it has none, when in fact it has as many as it wants).
Here's a link to some links to make your searching easier:  https://goo.gl/9YFgyL
Thank you so much! And yes, this means you should be seeing a bit more of Czixi in game from now on.
Post edited by Czixi on August 2017
33