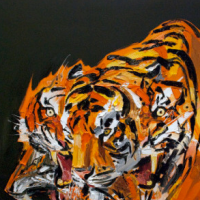 Rhalkyr Member Posts: 26 Apprentice
March 8 in Event Scrolls
Well. That's it. I'm hooked. Whatever chance I had at not being invested in Lusternia has died a terrible death, courtesy of @Nocht .

I am so jazzed, folks, I can't even express it - I'm almost bouncing up and down with glee, even still! (Also it was a relief to finally have Rhalkyr react to something that I thought could maybe be a godmote, but usually turns out to be an ambient - and have it be an actual god!) I am so eager to sink my teeth into the RP of the game and start shaking things up! 8D

Rhalkyr, seeking to sate his endless hunger for knowledge of the Wyrd and Glomdoring's history, is reading a book pertaining to the events surround its attempted purification by Viravain, and since @Xenthos is a featured character in it, decides to ask him about the veracity.

Immediately afterwards, Rhalkyr gets his first brush with Divinity, and makes a promise with Nocht.

Promise Made, Is Promise Kept
"I see facets of you suited towards Myself, yes. But also facets suited for dearest Viravain, and even Manteekan and Shikari."
-Nocht
Tagged:
8