Love and Will: Pursuing Saffron and Family 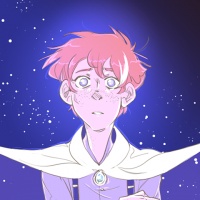 Gurashi Member Posts: 1,002 Transcendent
June 8 edited June 8 in Event Scrolls
(forgive me for uploading all these loggies all at once on the same night! These are from the earlier parts of May, before Xiran and Synl's wedding. I don't know why that has become my point of reference but it was a big deal to me so maybe that's why LOL)

Some RP background: while Gurashi can freely swap between changeling shapes for the most part, but some are 'triggered' by intense emotional outbursts. Feelings of intense shame/guilt are associated with viscanti for them, and so earlier this year they had their first breakdown after an unexpected aether conversation with an old friend. Thankfully @Tikki there to help keep them from getting too beat up! After a few IG months of being reaffirmed with love and comfort by people like @Tridemon and @Cheliyi they changed back to sileni, no harm done.

...until they had a SECOND freakout, triggered less by any singular incident and more just a slowly building bottle of emotion with a cap screwed on too tightly. After that bottle burst and they turned Viscanti again, they decided they did not have any TIME or PATIENCE to be disposed by their upsetti shape, so they tried to focus on the positive things like Order tasks... but somethings weigh too heavy on the mind. And so in a moment of exhausted desperation, Gurashi prayed to @Mysrai to ask for Their help.

And They offered more than Gurashi ever expected... (logs abound!)
You have emoted: Gurashi looks up at Mysrai suddenly, gasping. "Please do not do anything to Xenthos!" They blurt out suddenly, raising their hands.

Mysrai pauses in Her attention to the moths, turning slowly towards you as Her third set of arms unclasp and reclasp behind Her back. She stares for a moment, and then asks, "Did you think I would?"

You think to yourself: *suddenly all that aching guilt that hangs around the thought turns to throbbing fear, foreign words chiding them softly, reminding of the damage done, the damage they continue to do--*.
You have emoted: Gurashi's chin quivers, and they stare back at Mysrai before shaking their head, looking down at their feet. "Of course not," They say, voice thin and high.
You have emoted: Gurashi glances up in response to conversations held over aethers unseen, folding one arm over their chest to squeeze the other. "...I do not know how to..." They start, their tail around their ankle squeezing and relaxing again as their expression contorts, discomfort seeping in.
Without Her usual slowness, Mysrai is before you, reaching out Her primary hand and pressing a thumb to your forehead. "Silence." It is a command, abrupt and whispered, but rings with a force that threatens to shake the very ground beneath your feet. "These poisons, in your head, they serve no purpose beyond pain. They are...so loud..." She smiles, wanly, and as Her thumb pulls away, the doubts and guilt remains but is muted - struggling like a wild animal against the padded bars of a gilded cage. "...that is better.... You can speak now, without being drowned out."
You stare blankly at Mysrai.
A strange moment passes where you realise that you cannot seem to remember the last few minutes, the spot in your memory slipping away from your grasp and only leaving you to recall the faintest scent of citrus.
Many greetings! I do commissions!