Mafia: Assassin in the Palace 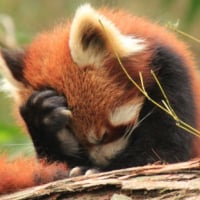 The basic rules: The guards and prince want to lynch the assassin. The assassin wants to identify the prince.  Players can vote one player out of the game each day, who will be identified when dead. The assassin may choose their target at any time, including after being lynched, and wins if they kill the prince.

2. Once a majority has been reached, the day ends. Please do not post during twilight.

11. The game will end when the assassin chooses their target.

12. Day phases will last until a lynch occurs. The next day phase begins as soon the mod post reveals the identity of the lynched player.

The masquerade ball was an absolute delight. The elaborate costumes had taken weeks to prepare, and by the king's order none were to know one another's identities until the festivities ended save the guards of the royal family. The mystery led an air of excitement to the proceedings; you could be dancing with the queen herself but it could just as well be one of the commonfolk fortunate enough to be invited to enhance the mystery. All is well until the eleventh hour is rung, when a tragic scene disrupts the festivities. One of the celebrants, dressed in the elaborate costume of a dragon, begins flailing and groaning. It does not take long for many to see the cause: the celebrant's throat has been cut wide open. The identity of the dead man is quickly solved, as several voices cry out: "The King! The King!", followed by a swift command, "Defend the Prince!"

In a matter of moments, the guards to secret the prince away to a safe-room, but their sense of relief is short-lived. As the torches of the room are lit, a quick count reveals six people in the room, but the royal guard number only four and the prince should make a fifth. With dread, the gathered realize the assassin managed to follow their mad dash from the ballroom, but for some reason has not struck. As the party stare each other down, realization dawns on all: Everyone is still in costume, and the assassin does not know who the prince is. There is naught to do but strike the scoundrel down before this tragedy can be completed.