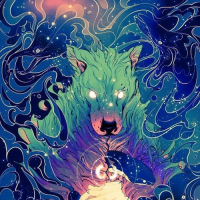 Brawrur Member Posts: 25 Inept
July 2020 in Common Grounds
I can only imagine a lot of people have feelings they want to get about what happened and if people don't voice their concerns then we'll never improve anything.

I'm going to add my thoughts at some point but I think it'd be wise of me to take a break before I properly articulate how frustrating this whole event was.

I'm obviously expecting this thread to be met with a bit of confusion from those who weren't facing Creeping. Just be a bit respectful.
0
«123»