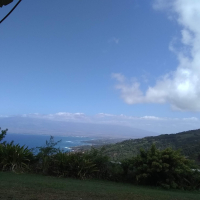 Alarin Wailuku, Maui, Hawai'iMember Posts: 65 Apprentice
January 23 in Ideas
The one thing I've always said was "Man, it'd be so cool if I could join <enter dormant Divine name here> Order. While some have devoted followers who have both remained in the Order and managed to remain active, not all do. So I had a couple of ideas to maybe lessen the need for an active Divine in order for their followers to keep the Order going.
1. Allow the Order hopefuls to join an outside sect via game mechanics, such as Aetolia's Congregation system which allows the use of JOIN CONGREGATION OF <divine> which automatically makes them a part of that congregation.
2. Adding the ability to give Divine favours to other mortals into the Veneration skillset (hey, if a Divine deemed you worthy of not only making you one of their Avatars, but also allowed you a cult, why not?).
I write this in hope that we can keep a few more Divine Orders active, even if the Divine themselves become dormant. I'd love to know what you guys think!