Ssaliss Member Posts: 3,575 Transcendent
December 2013 edited December 2013 in Common Grounds
So I've recently started mapping aetherspace, and I'm planning on making the maps available to the general public. Granted, I'm nowhere near done with them, but this will at least give you a general idea of where I'm heading: 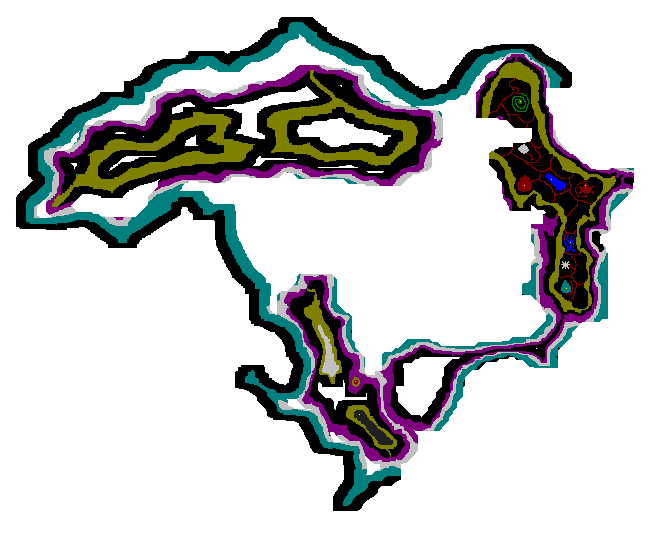 First of all, I'm not exactly a brilliant graphics person. What you see above is only the background colour of the tiles (so Nil and various walls have the same colour). Wouldn't mind suggestions on how to display everything!

Second, is there actually a way to get to Vortex and Continuum? FYI, those (according to the directions given in aetherspace) are in the black walls west of the green swirly thing up in the northeast (which, BTW, is the Eternal Ouroborous).

EDIT: Oh, and just so you know, this is just a dump of the raw maps I have on disc, which maps it as symbols with foreground and background colours.