These are largely pillaged from old mafia games, with some additions. I gleefully stole them from players past (Sylandra, mostly, but I dunno if she originated the list) and take minimal credit. Note that our night phases are longer than in some past games.

Remember the basic rules: The town wants to eliminate all scum players. The scum players want to eliminate other players until they have half of the votes. Phases alternate between day and night. Players can vote one player out of the game each day, or vote not to eliminate anyone. Players use powers are night, and those powers include the scum being able to eliminate somebody!

14. Resist the urge to tag people who are dead.
The Strong Suggestions:
1. Embrace the spirit of cute! Share cute images! Say cute things to each other! Use the most passive aggressive affirmations you can imagine to accuse each other!
2. Praise my wife for coming up with this game.
------------- 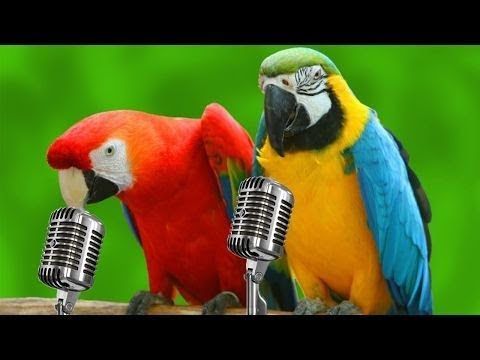 The Portly Parrot welcomes you to the game!
"Welcome back! It's time for another adorable game. After all, we need these reality shows to get that sweet sweet conservation money. Here's the deal. You're all going to go in for a photoshoot, but we need to pick the order! But beware, for for a few of you have been given the special power to send parrots out for their pictures at night, without a vote! Can identify them before the last people head out for their pictures? Let's find out!"
Any sufficiently advanced pun is indistinguishable from comedy.
Tagged:
3
«123456»